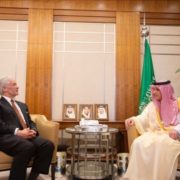 Iran Reaches out to Saudi for Stability