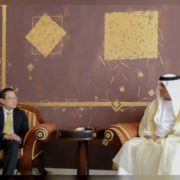 Ban Ki-moon to Launch UN’s Int’l Year of Sustainable Energy for All...