VP of Republic of Tanzania Inaugurates UBL Bank in Tanzania 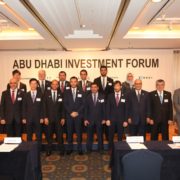