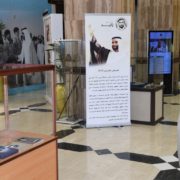 UAE honours ''Mother of the Nation''