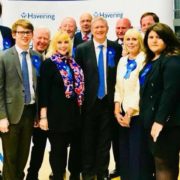 New Ministers Sworn in by President